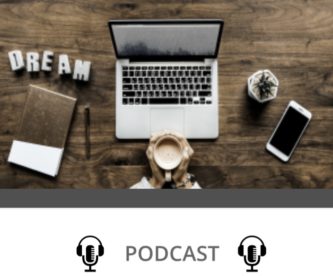 Alan Kohler interviewed Matchboard’s Sharon Melamed for Qantas Talking Business. We’ve transcribed the interview for those of you who prefer skimming through text to listening to a Podcast!

AK:       Joining me now is Sharon Melamed who runs a business called Matchboard.  Thanks for joining us, Sharon.

AK:       Are they two separate businesses or just one and the same thing?

SM:      They are two separate businesses, but they have a lot in common.  They are both B2B dating sites and I’ll explain what that is if you like.

SM:      Okay.  So everyone is familiar with online dating, but what I’ve done is take that concept in to the business context and Matchboard and FindaConsultant effectively match businesses with their perfect match – suppliers or consultants.  So we do that through some proprietary matching software.  That is really what our…

AK:       A fantastic idea.  So how does the software work?  Is it sort of based on, you know, online dating kind of software?

SM:      It’s similar.  So essentially what we’re trying to do is solve a problem that happens every day in every office around Australia and other countries and that is that people spend huge amounts of time on search engines like Google trying to find suppliers.  In fact 93 per cent of business people start their search for a product or service online.  So what we’re trying to do is reduce the amount of time that people spend wading through hundreds of thousands of search engine results by asking several filtering questions.  So just to give you an example, if you typed in ‘call centre outsourcing’ in Google, you might get 300,000 search results.  By asking 10 questions, we can narrow that field to somewhere in the range of three options for most clients.

SM:      So we ask questions around budget, timeline, location, type of service, industry specialisation.  We’ve got seven categories of products and services and each category has its own set of questions online.

AK:       Right.  And what are the categories?  So it’s seven specific categories?

SM:      That’s in Matchboard.  So Matchboard actually is in a niche which is everything around sales, service and back office.  So the categories that we match are Outsourcing, Call Centres, Back Office, Onshore/Offshore.  The next one is Technology, people looking for a CRM system – where do they start?  Then we’ve got Training, Recruiting, Data, Digital and Consulting.  And then for FindaConsultant we cover hundreds of categories of business consulting – IT, Strategy, HR, you name it.

AK:       I note in the literature that I’ve got here that FindaConsultant is specifically described as ‘free’.

SM:      Well, they’re both free services to use.  Just like Google, you go online looking for something.  We make our money from the other side.

SM:      So it’s almost… for FindaConsultant think of it as recruitment in reverse.  Whereas a recruiter might charge 15 per cent, 20 per cent on top of a contractor’s wages, what we do is charge our clients nothing.  We don’t bill them anything.  We take a percentage from the consultant or the vendor.

AK:       And do they always pay?  Or do you have to recruit consultants who agree to pay?

SM:      Well, part of our value proposition for both businesses is that we pre-screen and we only deal with consultants and vendors that we feel comfortable we can trust because our entire business model is based on honesty and trust.

SM:      They’ve got to pay us.  And probably one per cent of businesses we’ve had some issues with, but it is a tiny percentage and on the whole people are more honest than you might think in business.

SM:      So depending on the product or service, anywhere from one per cent to 10 per cent.

SM:      Of their entire invoice to the clients that have come through our service.

SM:      Yes.  In fact if we just look at consultants, one of the biggest challenges of consultants – and let’s face it, there are thousands of them around the country – is that they have no time for business development.  They’re so busy doing their consulting, then suddenly when their project finishes, they’ve got a big gap between their next gig, so they actually love the idea of a service like ours feeding them new business leads, so that when they’ve wrapped up with one gig, they can quickly move on to the next.

SM:      Just one year in the case of the consulting category.

AK:       And with some of the others, it’s three years.  Why did you have the difference between one year and three years?

SM:      Yeah.  Consulting typically is less than one year.  Most projects go on average for three to four months, whereas something like a big outsourcing deal is typically a multi-year contract, so we want to get the full benefit of those longer term contracts which sometimes can be, you know, millions or tens of millions of dollars.

AK:       So you started this business yourself?

SM:      Yes, I did indeed.  Having spent 20 years in senior sales roles for big corporates, I decided to follow my entrepreneurial dreams.

SM:      I actually had the software developed in Israel.

AK:       Yeah.  And happy with the way it’s worked out, obviously.  Tell us a bit about how the business has developed in the three years since you started it.

SM:      Sure.  So we’re now up to around 1400 clients that have used the service, a whole mix of small, medium and large enterprise and government clients.

SM:      Users of the service who’ve requested to be matched with their perfect match suppliers or consultants.

SM:      And so around $15 million of invoices have been generated through Matchboard in that period of which we take a clip of the ticket.

SM:      So based on a very profitable model – we’ve now cemented in the Australian market – we’re taking the business global, starting with the UK next year.

SM:      No.  It’s a very manpower-light model because the… what we call the buyers, the companies that use our website, they enter everything they’re looking for; the suppliers or the consultants enter their profiles and the matching software really takes care of the rest.  So what’s involved in running the business?  It’s essentially a sales and marketing machine driving people to be aware of and use the service.

AK:       Yeah.  Very, very interesting.  So you mentioned that you’re taking it overseas.

SM:      So working closely with the UK government and the Australian government with the Export Market Development Grants and expanding the website to a localised UK format with suppliers that are in the UK more than [in] Australia.

SM:      There’s no one to my knowledge that has our model which is why I’m in such a hurry to go global because it seems like such an opportunity and no one else has really cottoned on to it yet.  So I’m hoping this broadcast will not give people any ideas.

SM:      That’s right.  I guess the one big barrier to anyone else trying to copy this model is just getting their heads around the idea of a business model based on honesty and trust.

SM:      Well, it’s based on honesty because if our suppliers and consultants don’t report to us the invoices they’ve generated, then we don’t know to…

SM:      Well, we have our ways and means.  We do follow-up surveys of the clients to find out were they happy with our service, have they found a perfect match consultant through us, etcetera.  But at the end of the day, we’re relying on those people who we refer business to to tell us yes, thank you, Matchboard, we just won that deal.

AK:       And have you found anyone else doing this anywhere else in the world, such as America where obviously there is everything known to man and beast?

SM:      Everything under the sun, yeah.  I actually spent 10 years in New York and I didn’t see any sign of anything similar there.  I guess the closest one I know of is in the US they have a website called BuyerZone.com which matches small businesses with anything they might need from accounting software to photocopiers, but really at the small business end of the market.

AK:       A fantastic business. Good luck overseas in the UK.

AK:       I’ve been talking to Sharon Melamed who is the Founder of a business called Matchboard and FindaConsultant. 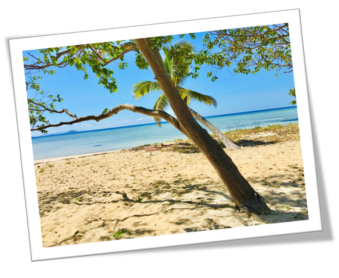