B2B matching site Matchboard has been named one of Westpac’s top 200 “businesses of tomorrow”, a vote of confidence in the company’s unique trust-based platform for matching buyers and sellers in the sales and service arena.

Westpac announced the names of the businesses on April 7, adding that these 200 companies would play a big role in unlocking some of Australia’s $70 billion economic potential.

“Westpac today recognised 200 outstanding businesses that have the drive to boost the nation’s future as Australia transitions to a services and knowledge-based economy. These businesses have demonstrated a clear vision to shape Australia’s economy and have the qualities and potential to help tomorrow’s customers and communities,” the bank said in releasing the winners’ names.

Matchboard Managing Director Sharon Melamed said the award was proof positive that the company’s unique business pairing model, which she conceived in 2012, not only remained highly relevant in 2017 but would be vital to the growing knowledge economy that Australia still has to build.

“We know that in an age of increasing automation and online remoteness, connectedness is critical. We spotted a gap in the market for a service that binds businesses with other businesses – I like to think it’s online dating for the commercial world,” Melamed said.

Matchboard’s platform is a faster, more accurate way for Australian businesses to find suppliers than search engines, with the added bonus that all suppliers are “pre-screened”.

Intrinsic to the platform is trust. Suppliers are asked to report to Matchboard when referrals convert to a sale, and the winning suppliers then pay a percentage of the revenue they generate from the leads. There is no auditing – just trust that the supplier will accurately report a successful deal.

“I believe in the trust economy. This is where the future of good business and strong customer relationships lie,”Melamed said.

This was strongly appreciated by Westpac. Part of the winning criteria was looking at new modes of doing business to improve customer relationships and drive sales forward. “This is how we operate. We need to know the connections between the two parties have been successful before we even think of profiting from the tie-up,” Melamed says.

Westpac’s Chief Executive of business banking, David Lindberg, said it was pleasing to see strong representation among service-led sectors such as health, professional services and technology, which are all predicted to have strong growth over the next 10 years. These businesses demonstrated the potential for a higher purpose, he said.

“Truly remarkable things happen when businesses come together; and we know that networking and collaboration are among the top drivers of business success,” Lindberg said.

The company has enjoyed doubled digit growth since its inception in 2012 and Melamed believes the same kind of growth could be enjoyed in markets overseas. Melamed’s first stop is the UK where no comparable online B2B matching platform exists.

“The UK is triple the market size and potential of Australia and we are now filming a success story video with the UK government’s Department of International Trade,” she says. “Taking our high-tech, high touch service overseas has to be part of the equation of the future,” she said.

Matchboard’s platform has surpassed 2000 customers (“buyers”) serviced by 250 suppliers, Melamed says. She believes this will grow to 8000 buyers in the next five years.

“We have already had tens of millions of dollars of deals which have been signed through our matching service – companies which wouldn’t have found each other have now done so – but it couldn’t have happened without Matchboard.”

Matchboard is a free online matching service which uses powerful matching algorithms to help companies find the right suppliers for their needs. The platform, which brings the online dating model into a business-to-business context, specialises in the supply chain around sales, service and back office. More than 2000 buyers at small, medium and large organisations have used the platform since its launch in 2012. In 2016, Matchboard was awarded a Federal Government Export Market Development Grant (EMDG) to help fund its expansion into the UK, where the brand is AboutMatch.

Complementing its core online offering is an off-line matching program, delivered via a boardroom lunch series in Sydney, Melbourne and London. 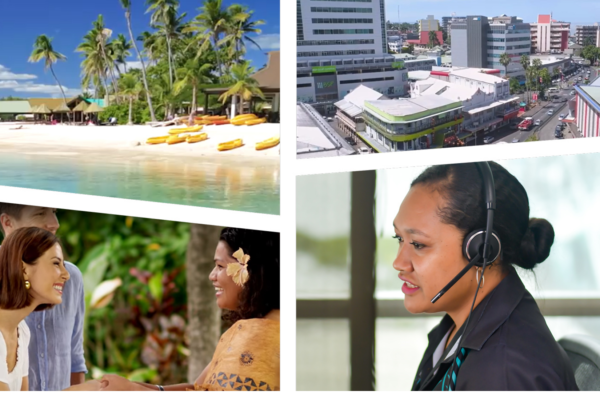